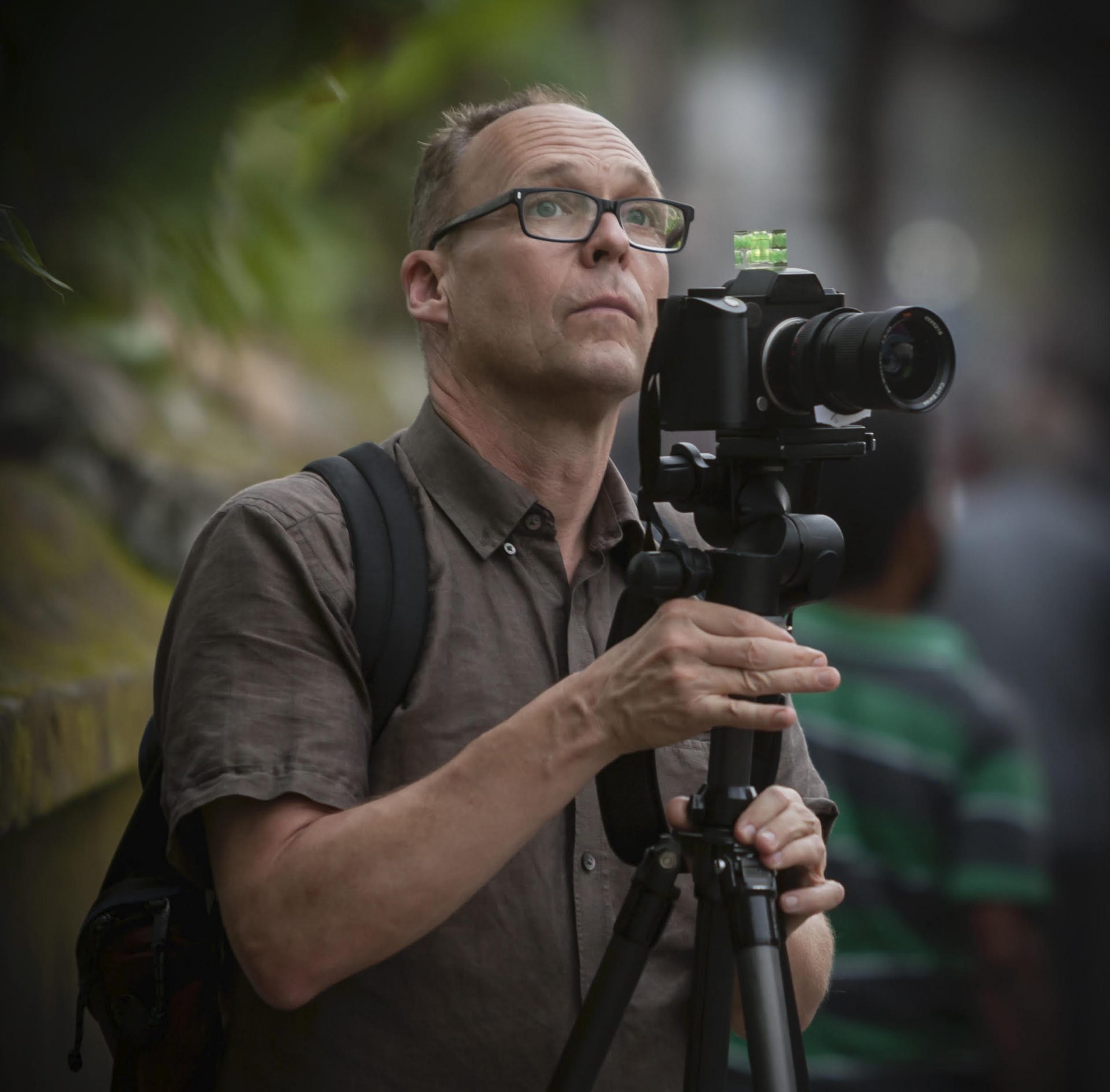 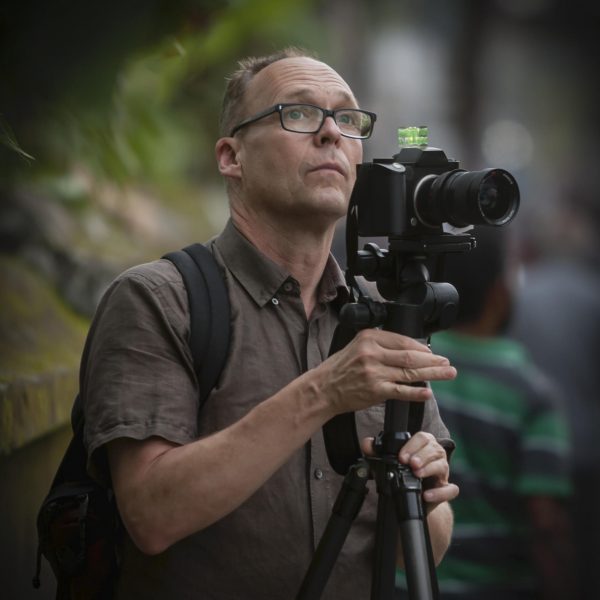 Peter Bialobrzeski is a photographer and a professor of photography.

Episode 35: I had a moment to speak with Peter Bialobrzeski about his timely new book Give My Regards To Elizabeth co-published by Dewi Lewis (UK) and Hartmann Books (Germany). The work is from the 90s and pre-dates the large format images that Peter would later become known for. The images within the book are delicate and made from a point of passionate observation. 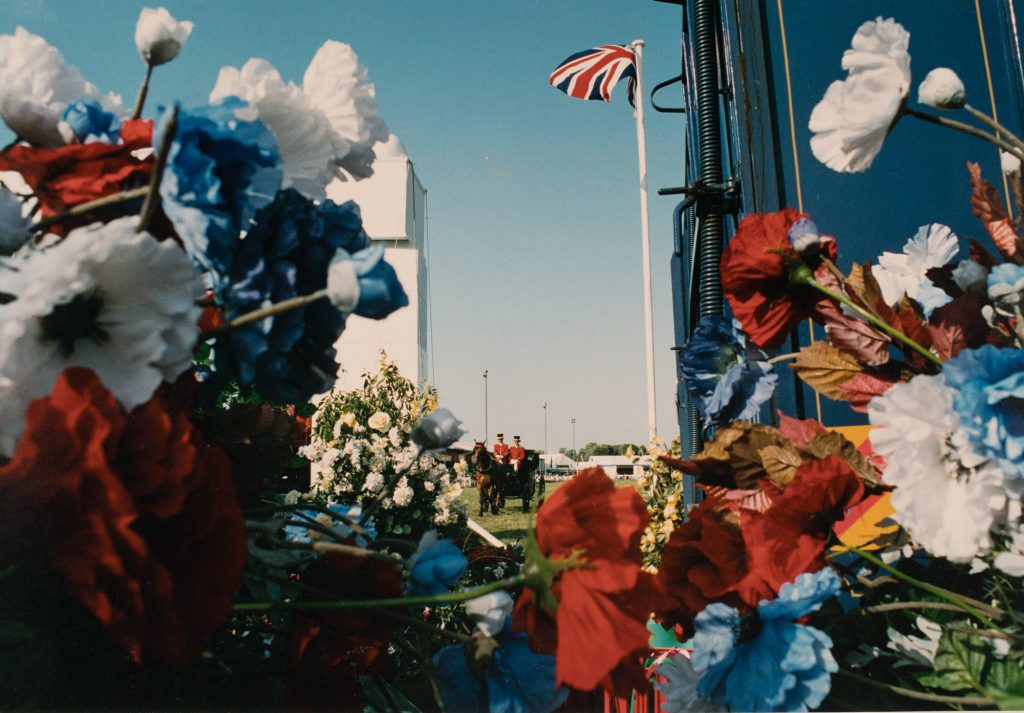 Peter and I both discuss our times in England and how that has changed over the past handful of years with Brexit. In a sense the book feels a little bit like a soft goodbye to a country and more precisely to a people that both he and I love. It was a pleasure to talk about the work with Peter nearly 30 years after it was made. Retrospection is a powerful tool and I think we just manage to escape its nostalgic effects for talk of something wider and more contemporary in feel. I do not think either of us are opposed to nostalgia. However, the conditions of this book and the time of its publication in 2020 clearly point to larger discussions about the England and the Europe of now that cannot simply be propped up by the artifice suggested.

Give My Regards to Elizabeth is a beautiful rumination about an England that Peter Bialobrzeski observed in the early 90’s. The highly saturated color of the images and often sunlight conditions gives the book a strangely warm feel. If I were to say that feeling is fondness, happiness or perhaps general sympathy, I do not think that I would be far off the mark. There is something positive about the timing and the co-publication of the book between Dewi Lewis (UK) and Hartmann Books (Germany) in 2020. Timely as it is not how I think most Europeans who have spent time in England feel presently. Perhaps I am wrong, but the England I knew and loved beginning just a decade later feels remote, distant and awash in purposeless and self-defeating attitudes about the Europe it came through the post-war decades with. That is not to write the English off of course. I am speaking about the current value of England’s image as it relates to Europe more than her people themselves. 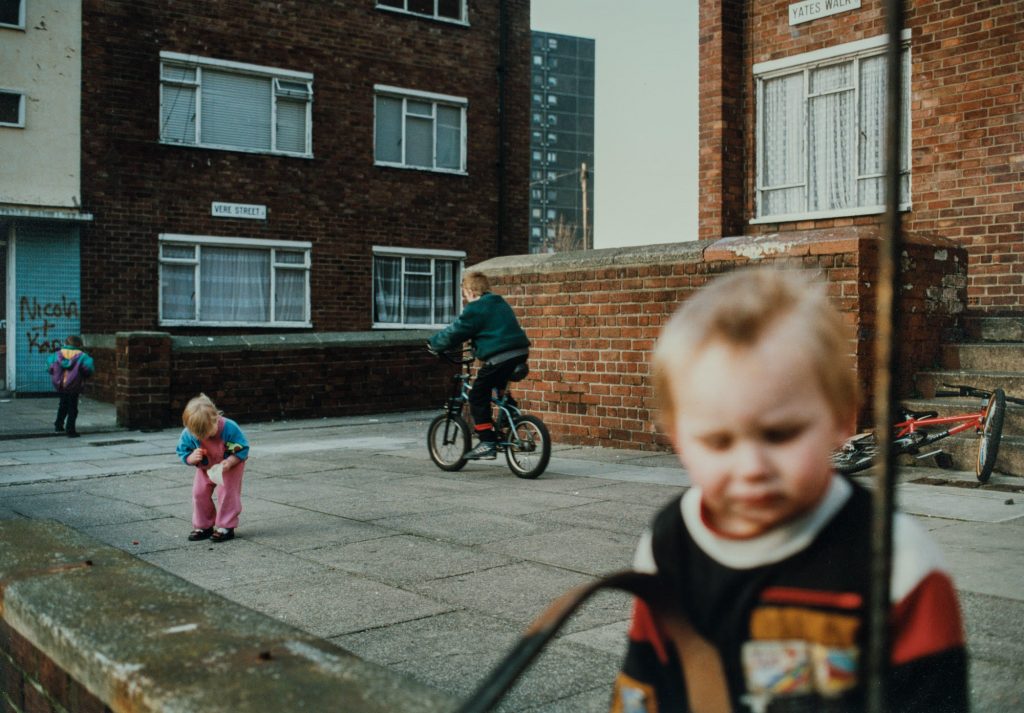 I would not want to project too far on Peter’s work as being an antidote to the current Brexit moment, but I cannot help but recognize the value of these images being published at present. I believe that many of us on the continent lament the current situation and are doing our best to remember the England of the past three decades as progressive, open and nurturing. The sentimental value of these images is often conflated with the reality of today, but it is for this reason that Peter’s book works as a marker against the nihilism that would otherwise pervade the discussion about England and how she is represented in such times of woe. 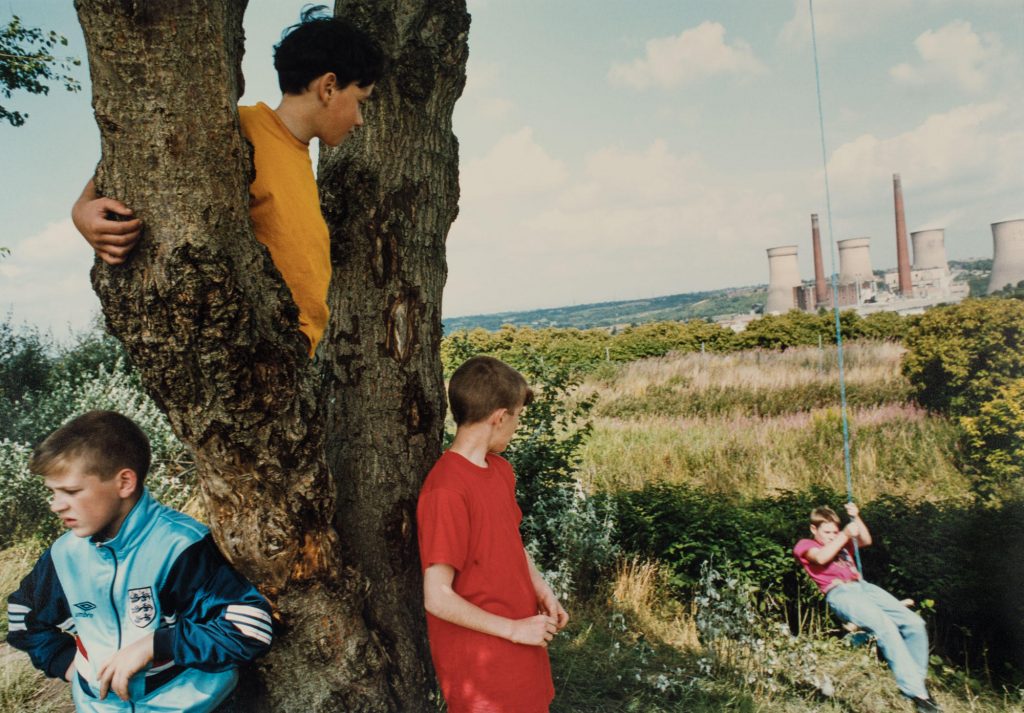 When I sift through the work I am reminded of the resilience of the English and their land. From the hints of post-war rubble to the cultural customs that line the book’s pages, I feel somehow still at home within. I see street corners, English terraced housing and also race courses and even strange coming of age Toffs having a ball (literally). Even in seeing the display of that ever-difficult to pin down class system, I am reminded of a broader and more sincere Englishness that is best outlined in the writing by Mick Brown whose dark sense of humor underlines all things English and yet, he is fully aware of his cultures abilities and contradictions and how this is viewed from the outside, particularly by Peter’s camera. It is not lost on Brown or Bialobrzeski that just half a century earlier, relationships were very different. 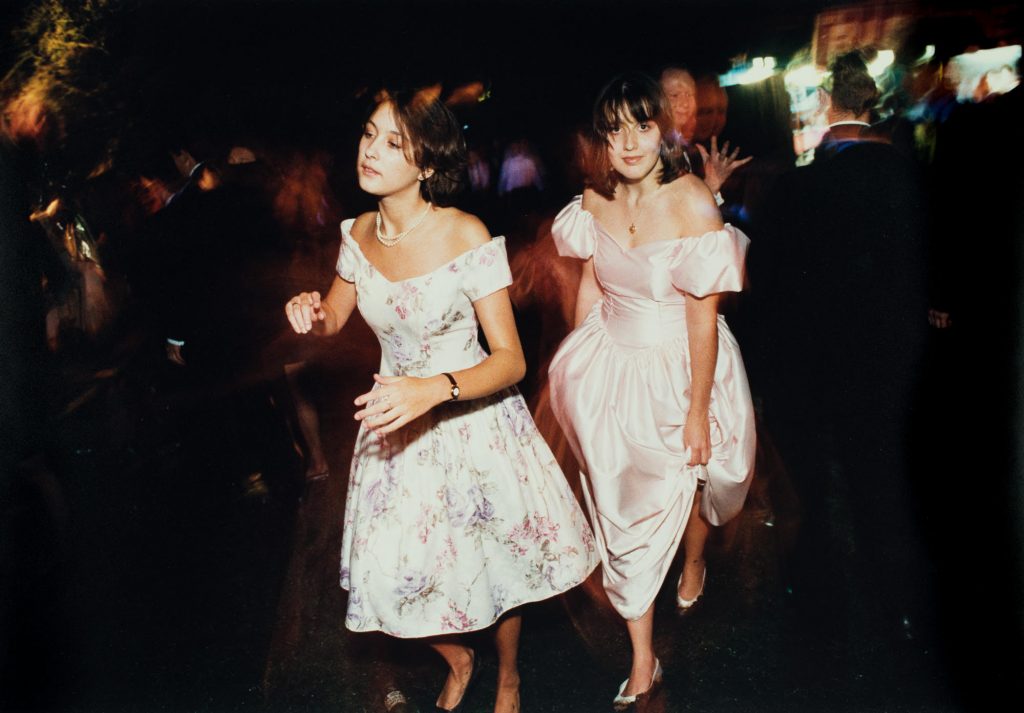 The last lament that I think is really crucial about this work is about Peter himself, who is no stranger to foreign lands or making deep and sincere work about place. The refreshing thing to see with Give My Regards to Elizabeth is that the format of shooting, quick and with 35mm still feels very much like his other later work, but there is something perhaps even more indicative of the British documentary tradition of which I am overly fond. I see the color Palette of early Martin Parr and perhaps the scenic industrial vistas of John Davies. People are characterized by their indebtedness to the Englishness that I have mentioned and Peter himself is not oblivious to their charms, nor the photographic charms of England. It is a powerful and well-timed book!

If you have an affinity towards England or the English, this book feels as powerful and needed. If you are interested in the customs of the British documentary tradition in photography, this also feels, though photographed by a German, that it should be on your shelf.