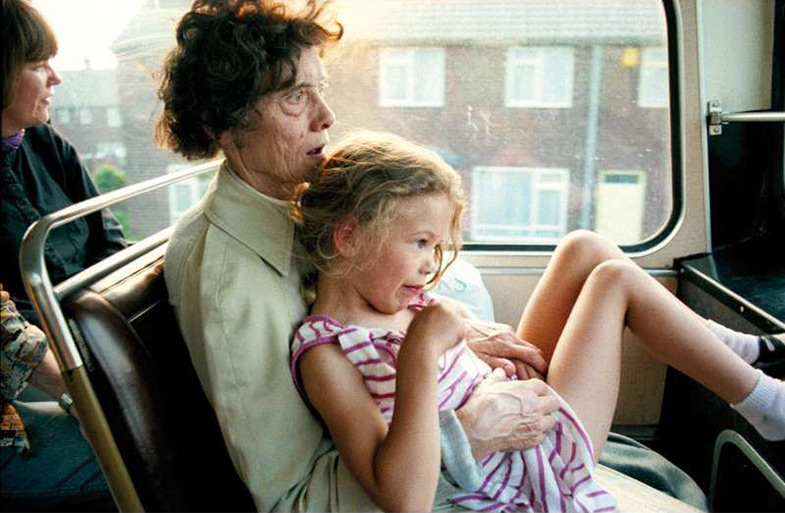 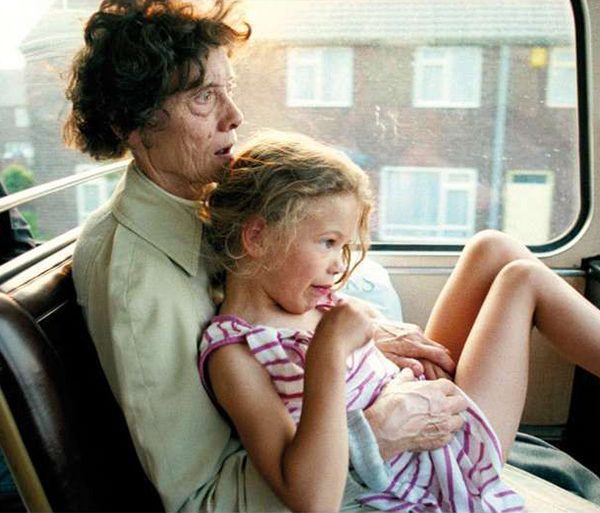 Tom Wood is a British photographer

Episode 158: It would have been easy for me to choose any number of Tom Wood‘s beautiful images of people for the episode thumbnail. His ability to read the world as tender is one of his unerring traits. His portraits remind us what it means to share our humanity. 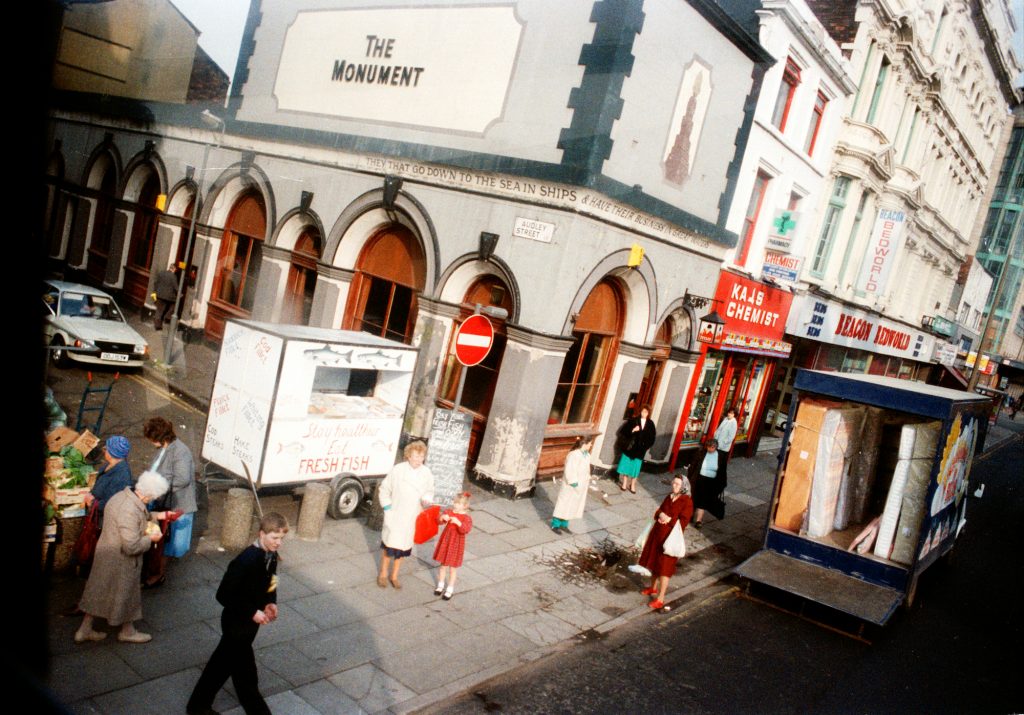 However, I chose my favorite image from his All Zones Off-Peak and Bus Odyssey work. It is an image that depicts a little girl on the lap of her presumed grandmother ((Towards) Netherton, 1989). The image is tender, but speaks much more widely of life and the experiences thereof. The Grandmother’s vacant look out the window is something I cannot get out of my head. It is contrasted by the life and joy of the little girl on her lap also looking out the big window (of life) in front of her. There is something here about that unseen window and the perception of the view outside which can be seen as narrow and wide depending on the viewer. 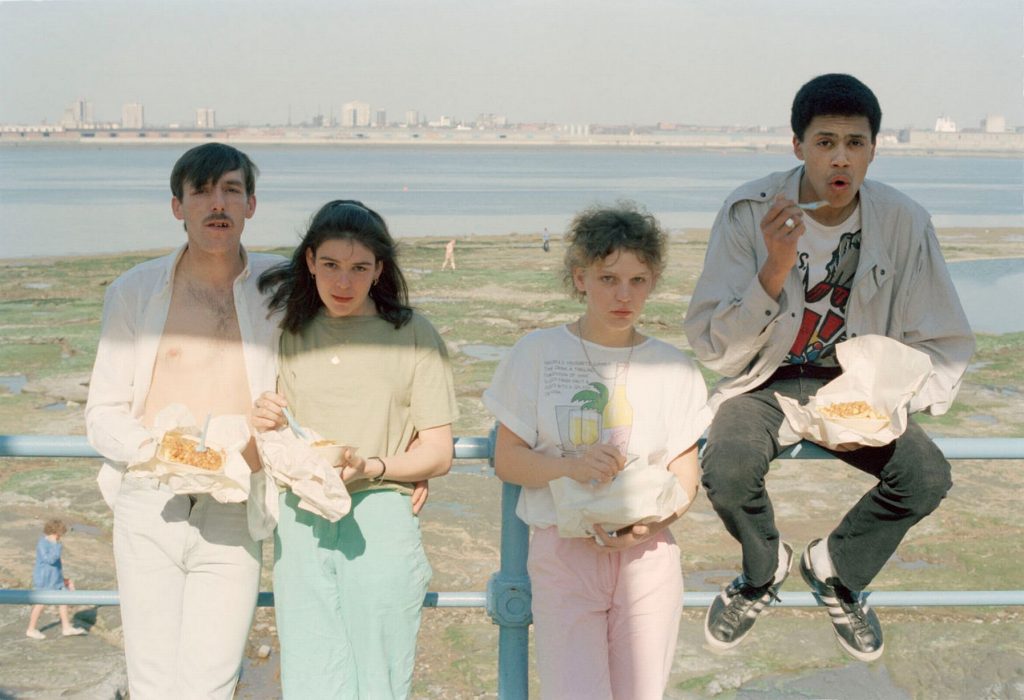 Tom’s work has a strange magnetic pull to it. Apart from being considered one of the masters of street photography and the British Documentary Tradition, Tom’s work has a gravity to it that the viewer bonds with almost instantly. There is no fluff, no pomp to the images. They are straight-forward and elicit a feeling of familiarity. These are after all “just people” in his photographs and yet his ability to capture their portrait with such nuance and closeness shows a particular method of picture-taking in which the photographer has read the terrain long before he has stumbled upon the subject in front of his lens. He is in some ways already calculating these images before he happens on them. From there as he approaches, he has already worked out the maths before the shutter releases.

What is left is semi-testament, semi-fleeting recollection (as time marches on) of British life. There is certainly an emphasis on time in many of his pictures as he puts together books from his vast archive.  I am deeply astounded whenever I get a chance to thumb through any number of his books by the details and the passion for which Tom made these images. They are like signal from another time; a soft and pleasing suggestion that we are all in the throes of this business of life, if not together, then as continuation. He has made this work at a time in which everything was changing in Britain. There was a de-emphasis on labor as economies began their shift towards neo-liberalism and free market capitalism. Work was changing and England was just pulling itself out the rubble (over decades) of the war. This thin slice of time is pivotal and it reflects a pinch point between two worlds, which echoes to the present moment. 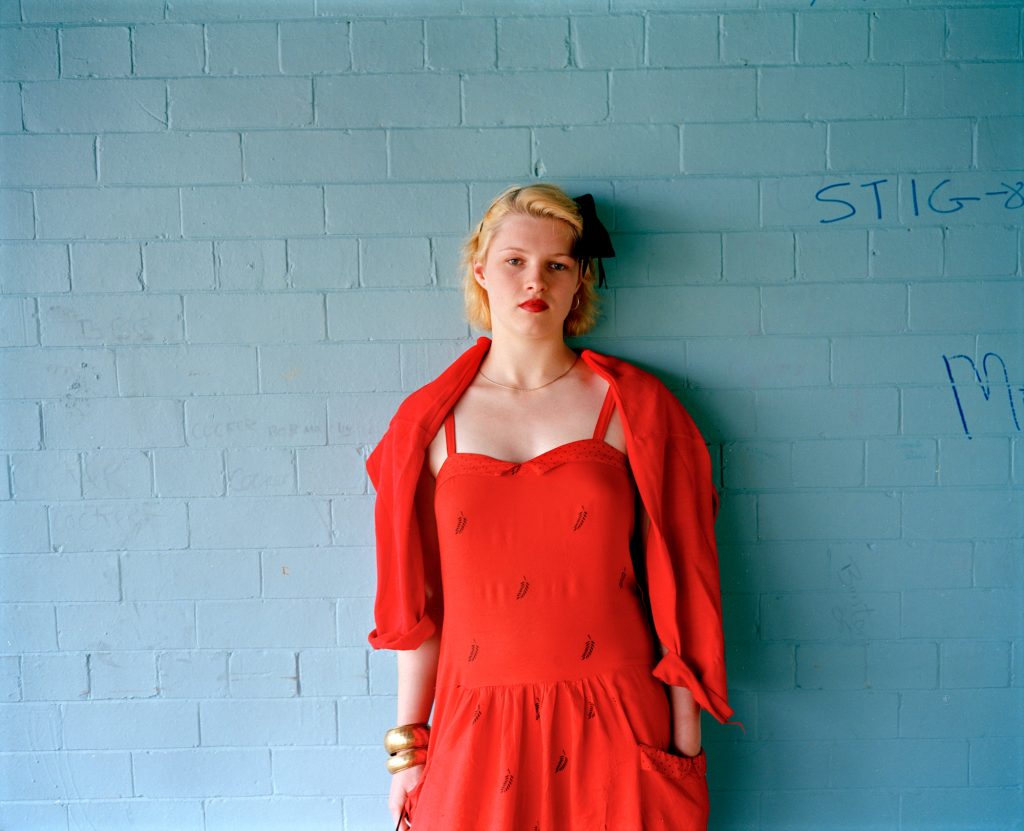 I was given the opportunity to speak with Tom through the great team at RRB Books, who have published Tom’s 101 Pictures in 2020. It was a welcome book that gives a broad overview of Tom’s work as selected by Martin Parr. The cover has been designed by Tom’s friend and gifted artist Padraig Timoney. It is not the first time they have worked together, nor will it likely be the last. The book is a testament to Tom’s work and the people within and if you are looking for an entry point to Tom’s work, this is perfect way in at an affordable price. 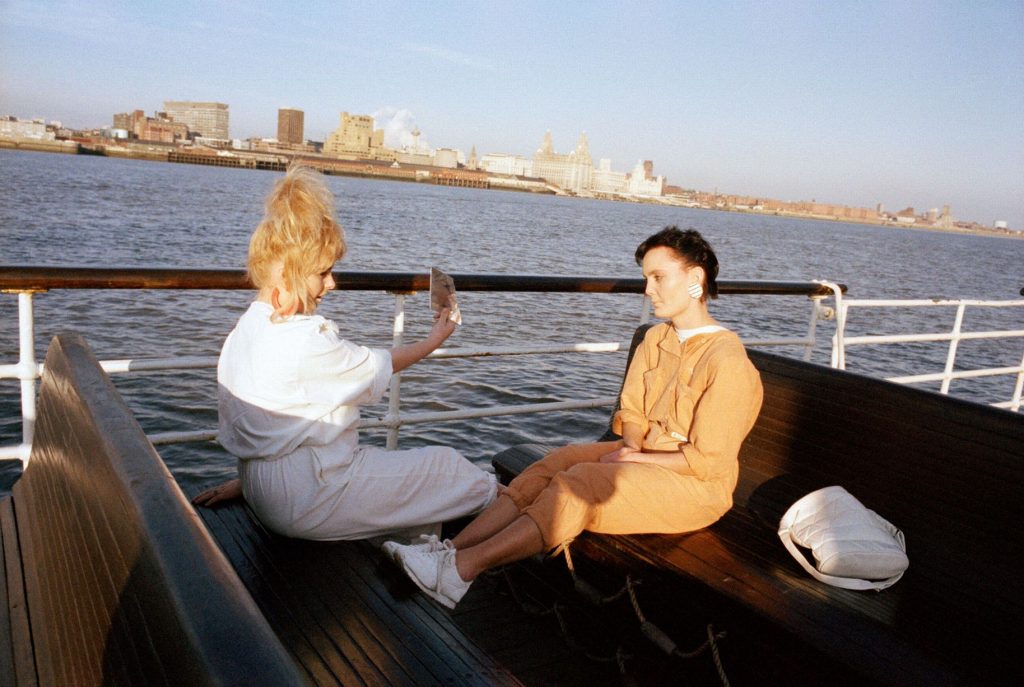 Mersey Mirror From the Pier Head, 1989

In the episode, we speak widely on Tom’s work and his various series. We speak about 101 Pictures as well as Photie Man and Bus Odyssey. I am continual astounded by working backwards through Britains rich tradition of the documentary and I feel very lucky to have had this time to speak with Tom. Please Tune-in!