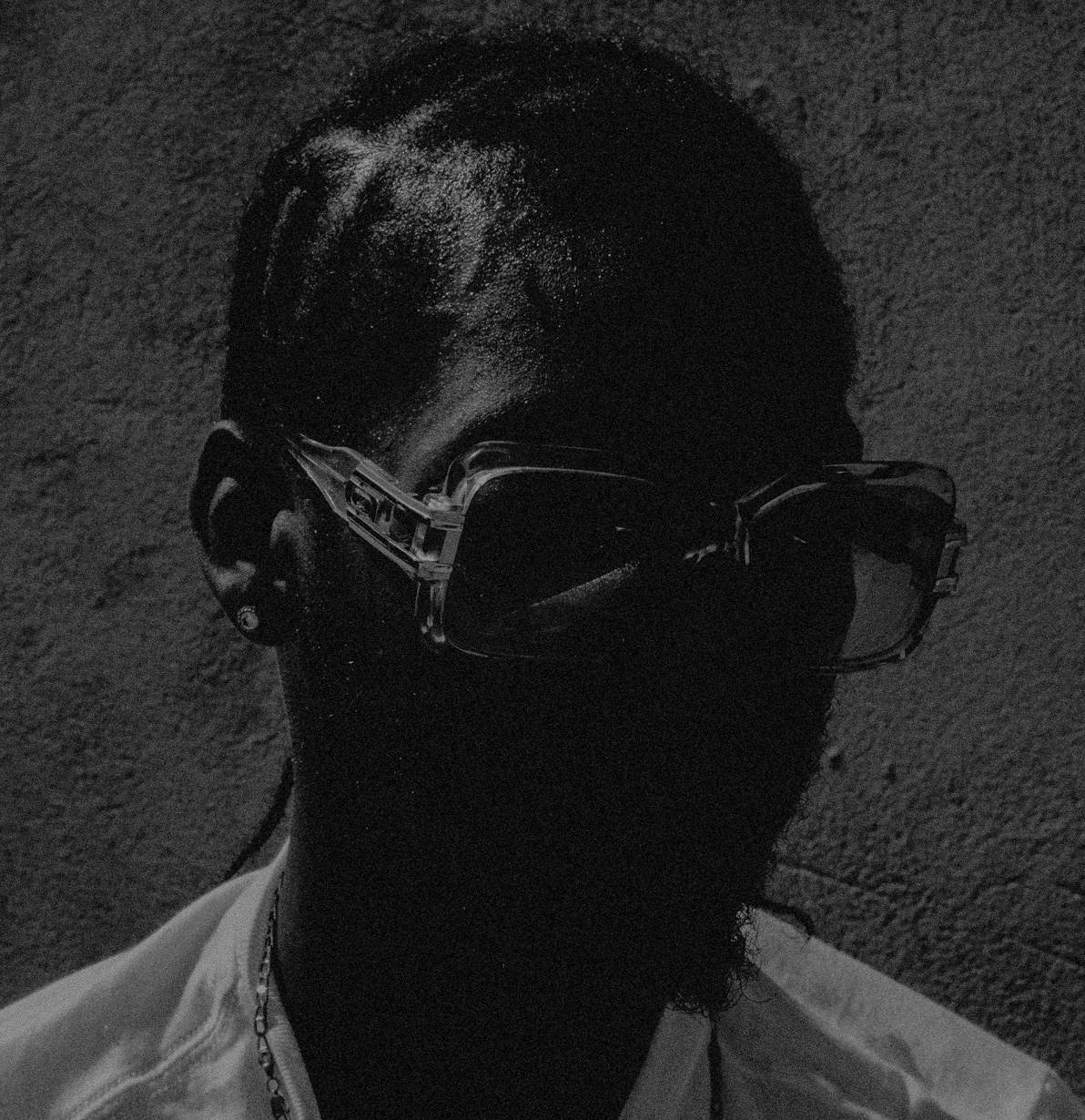 Yoshi Kametani is an American artist.

Episode 104: Yoshi Kametani, as a total disclaimer, is a close friend and someone whose work I value incredibly highly. I don’t actually remember where we met, but I suspect it was in Paris or so sometime around 2014, when he released Sumimasen with his wife Tamara Kametani and Japanese pornographic actress Mayura. The book was released by Editions Du Lic and was considered a successful investigation between art, performance, voyeurism and plausibly fictitious motives in which Mayura’s apartment had been wired with cameras for 24 hour access to her life and image. 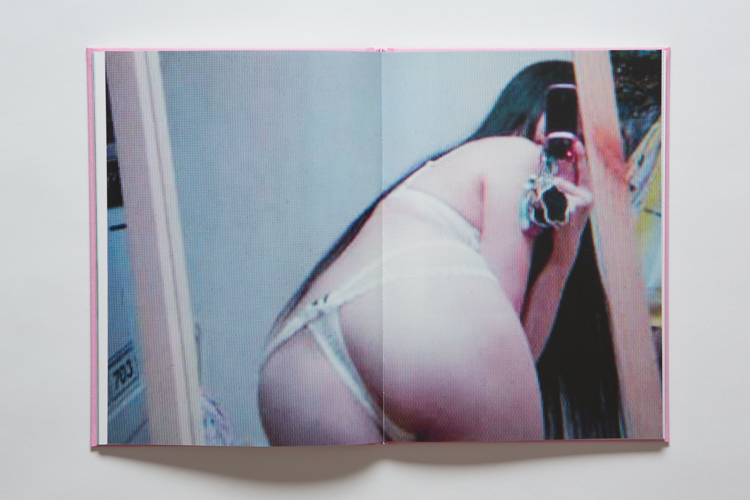 In 2015, Yoshi followed this up with his intense collaboration Classon with Daisuke Yokota published by Sun Editions in New York. This is the title that brought me closer to Yoshi’s work and where our friendship began in earnest. The book still holds a legendary status as being a fruitful and exceptional collaboration between two excellent artists whose works, though not un-sympathetic to one another, is in many ways quite different. Kametani’s portraits in the book deliver a haunting and psychologically impactful note on the idea of representation and identity within the medium of photography during the rise of social media and our ubiquitous need for self-display. In many ways, it was a logical extension of Sumimasen. 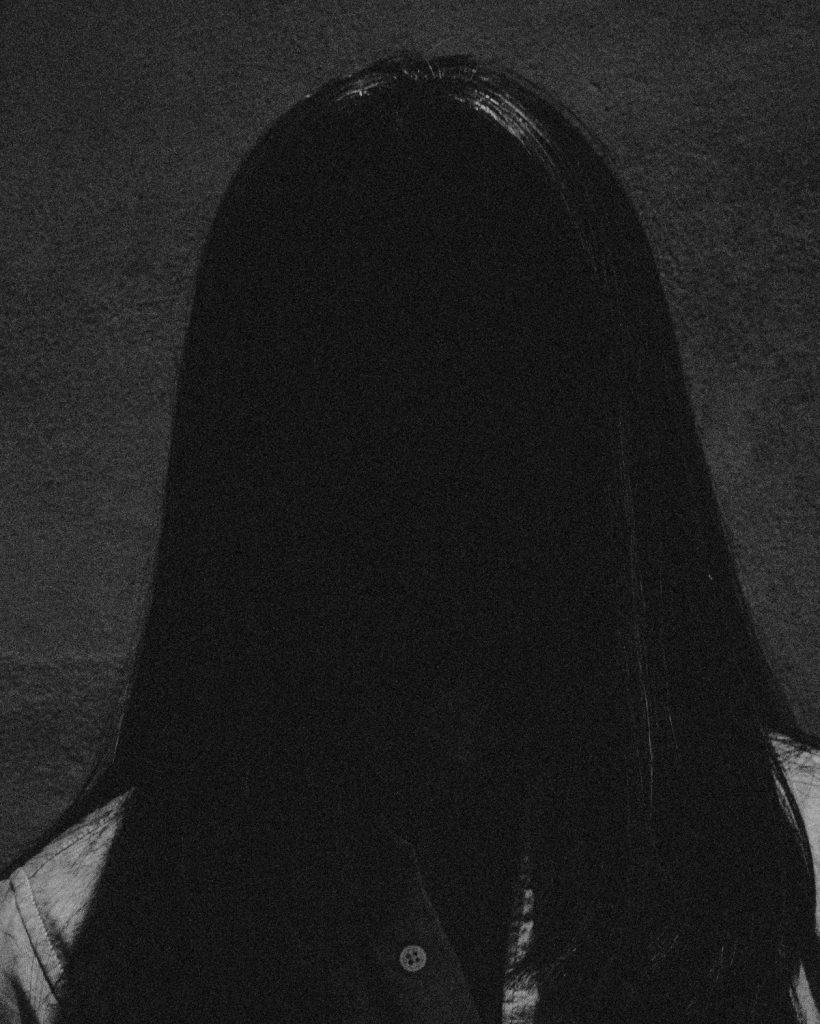 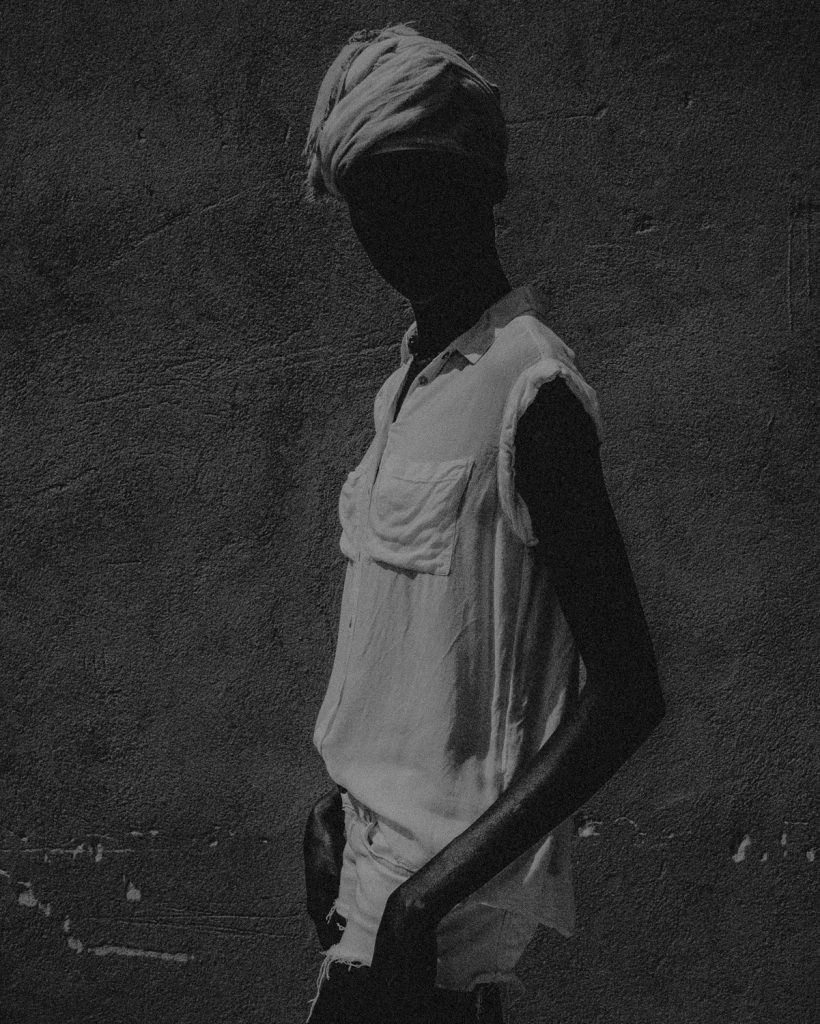 The follow up to Classon would come in the form of Played published by Editions du Lic. Played is a murky look into the urban theatre of New York. The work extends through the familiar to the cavernous streets of the city. It feels as though a film has been left running and we are given a glimpse into a small sequence of the overall experience. The images are printed darkly and there is a text that accompanies the work that gives the viewer the impression of a narrative, but this is thwarted by the viewer’s decision to project into the images to finish their own prototypical experience of the piece. It is masterful and works as Kametani’s most singular book as it is not a collaboration and you can feel the auteur position within. 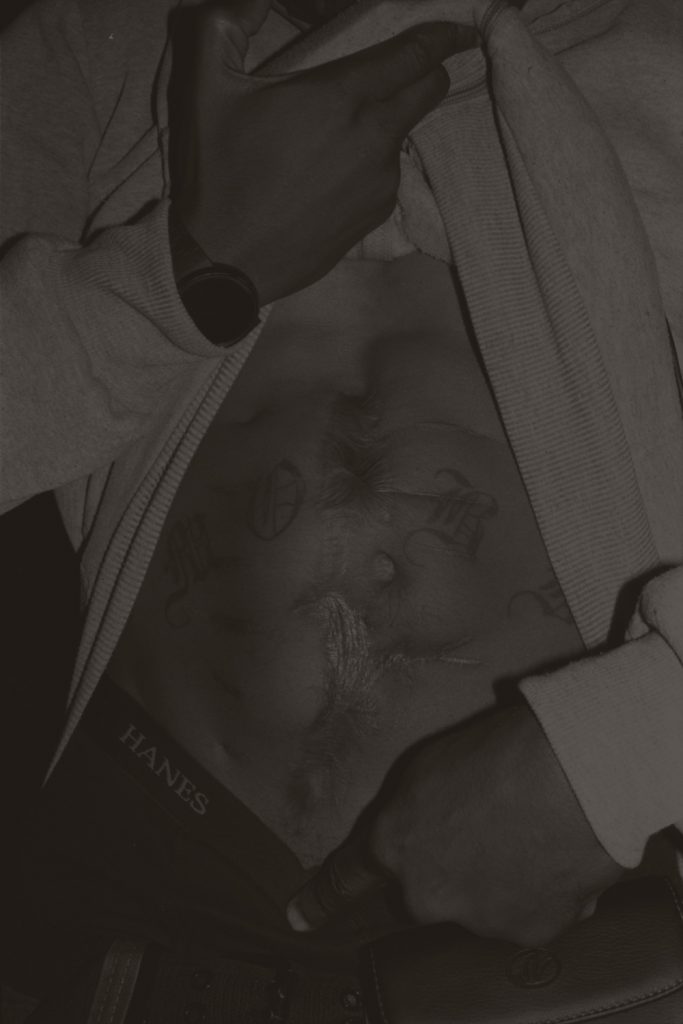 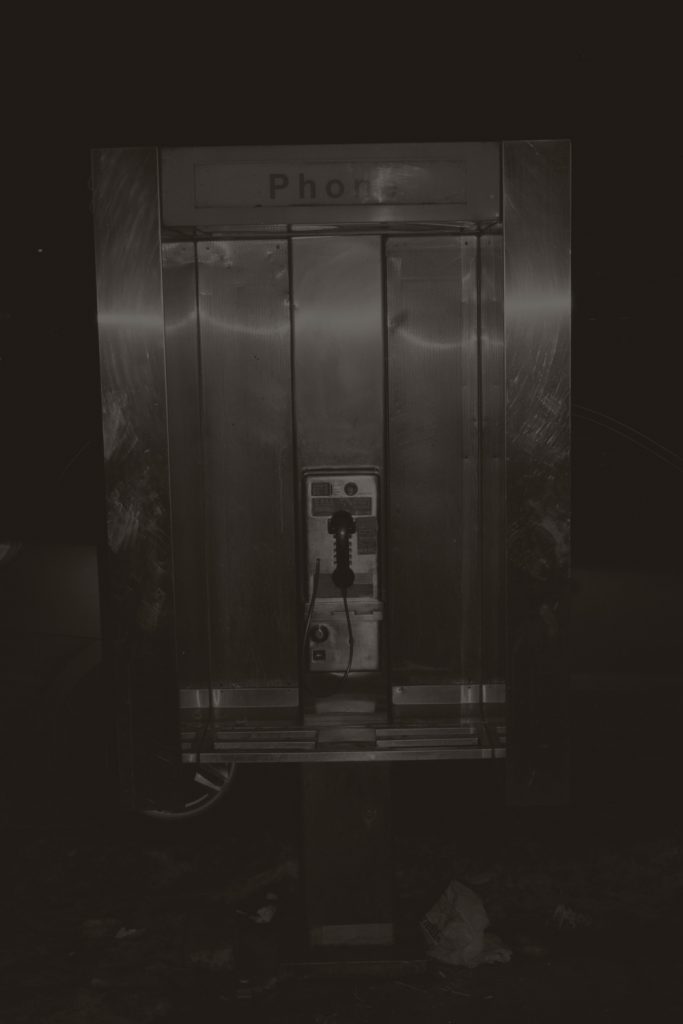 Finally, in summation of Kametani’s book output that I have covered is a collaboration with Daisuke Yokota and Hiroshi Takizawa entitled 100 Bilder which was published by Kominek Books in 2017. The book is the result of the trio’s stay in Berlin during 2016 at the Kominek Residency “program”. Its a strange book that in many ways should not work with three artists with such incredibly strong personal visions, but there is just enough overlap between distortion, saturation and the loose ends of representational narratives left at loose ends to make it work as a whole. It is certainly rare in its ability to give voice to three authors and still remain intact as one observable body of work. 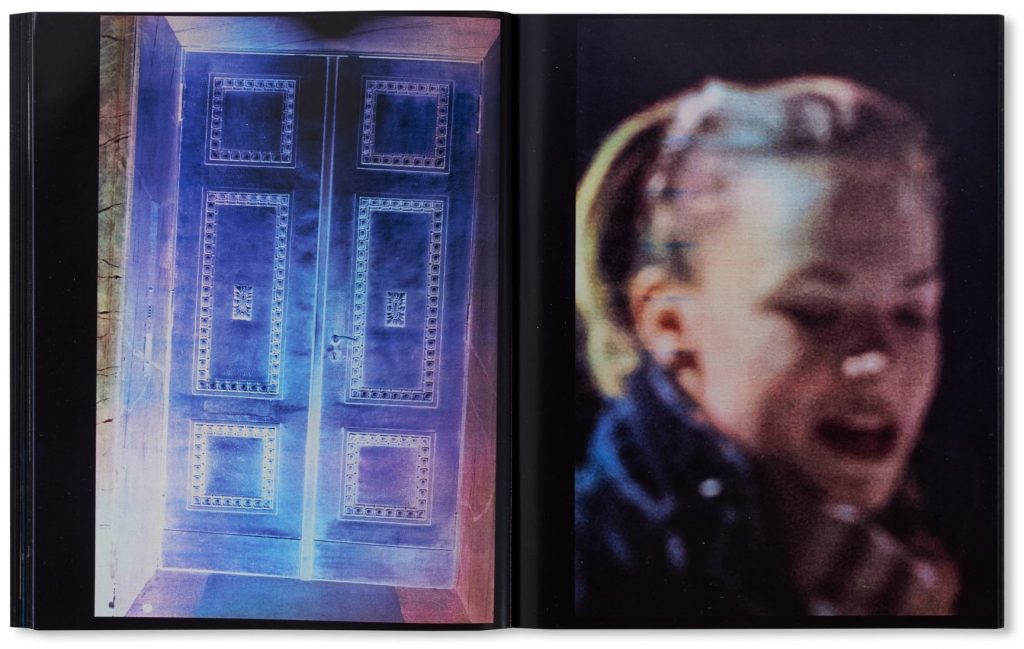 From 100 Bilder with Daisuke Yokota and Hiroshi Takizawa. Kominek Books. 2017. 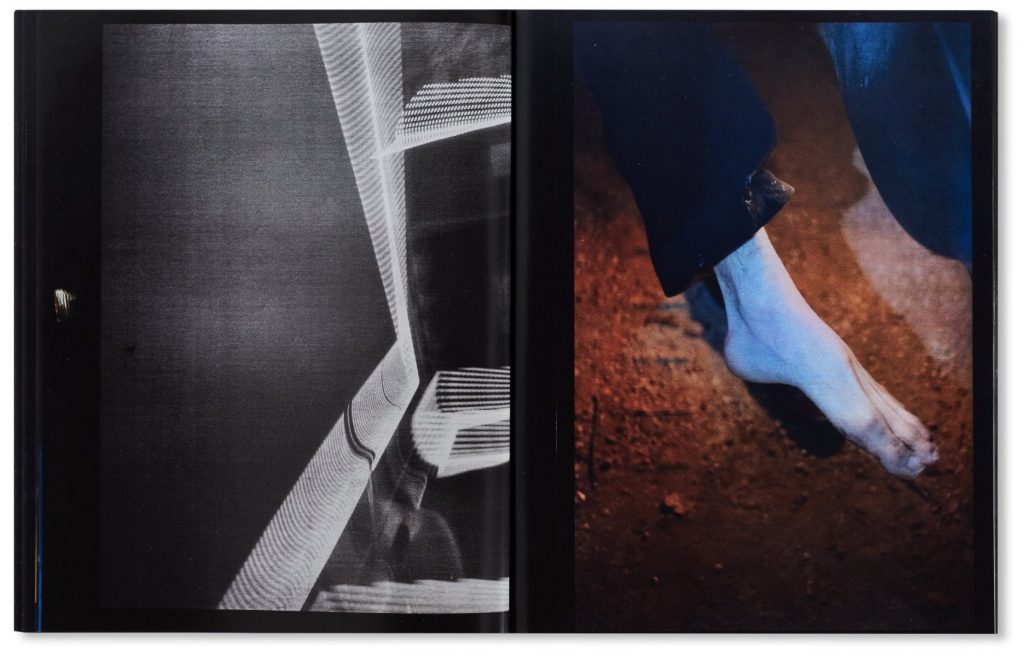 From 100 Bilder with Daisuke Yokota and Hiroshi Takizawa. Kominek Books. 2017.

Yoshi has a number of other books and works between mediums. He also works in video. I have seen some forthcoming projects both in book and video that are really stellar and continue the emphasis on imposed violence, disappearing narrative and gritty investigations of differing urban outlets. I look forward to seeing the books in particular. 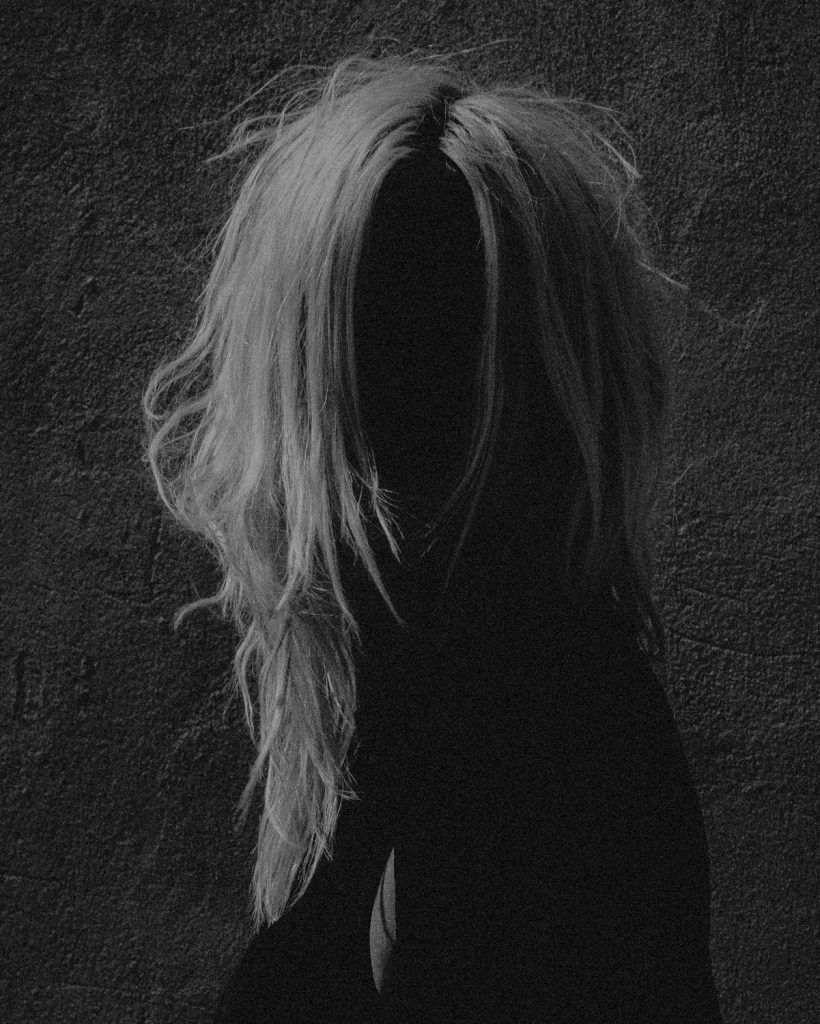 In this episode, we spoke about many things. It was actually the second attempt at recording that we made. In the former un-produced episode, I ended up smoking a spliff during our conversation (peer pressure, total) after years of not indulging the devil’s lettuce and frankly the results were pretty hilarious (Urban Baroque), but I felt they were not highly investigative as to what makes Yoshi tick. This is often the issue with familiarity that I face, but coupled with the evil endamame, it just felt right to re-record. So, I hope you enjoy.