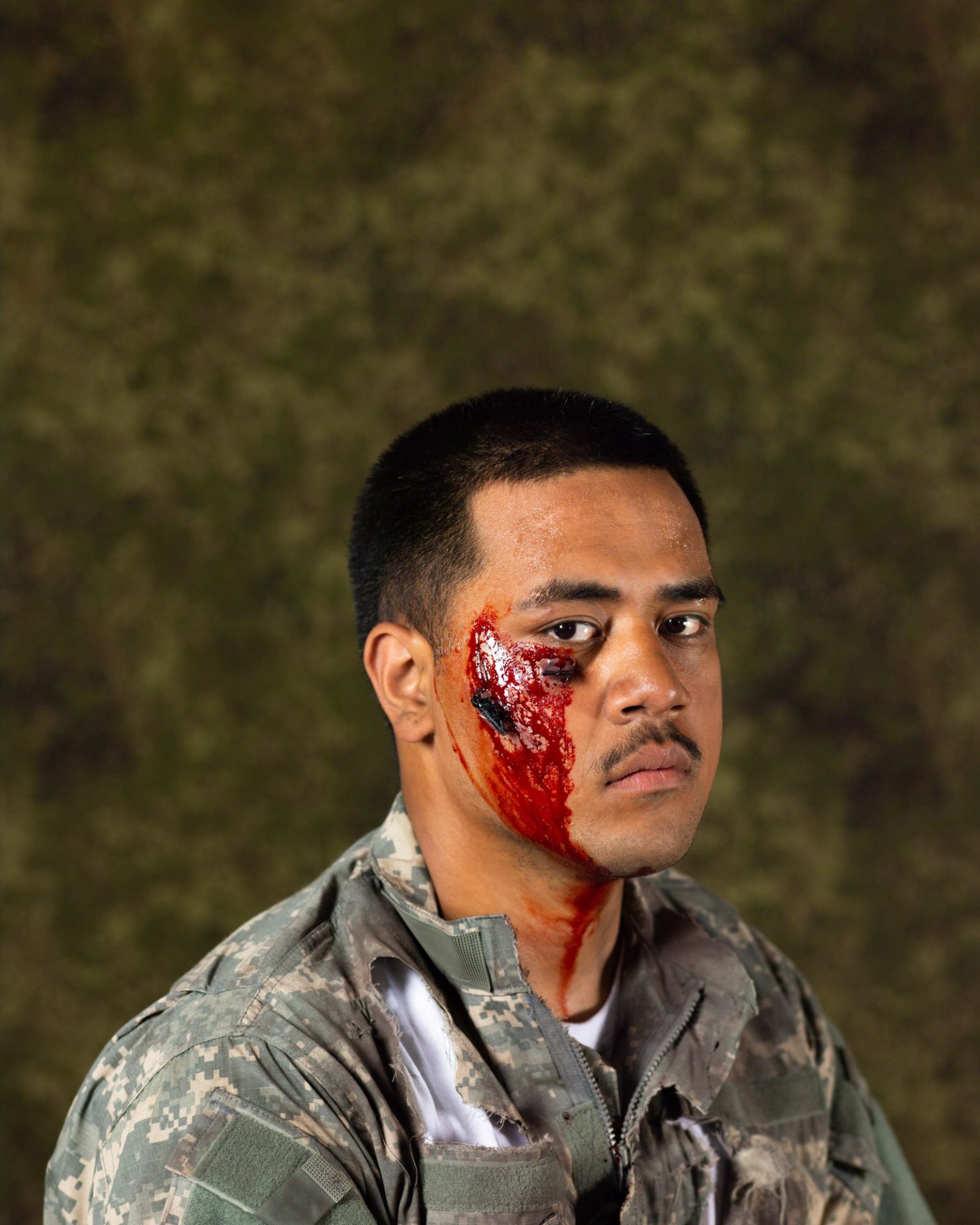 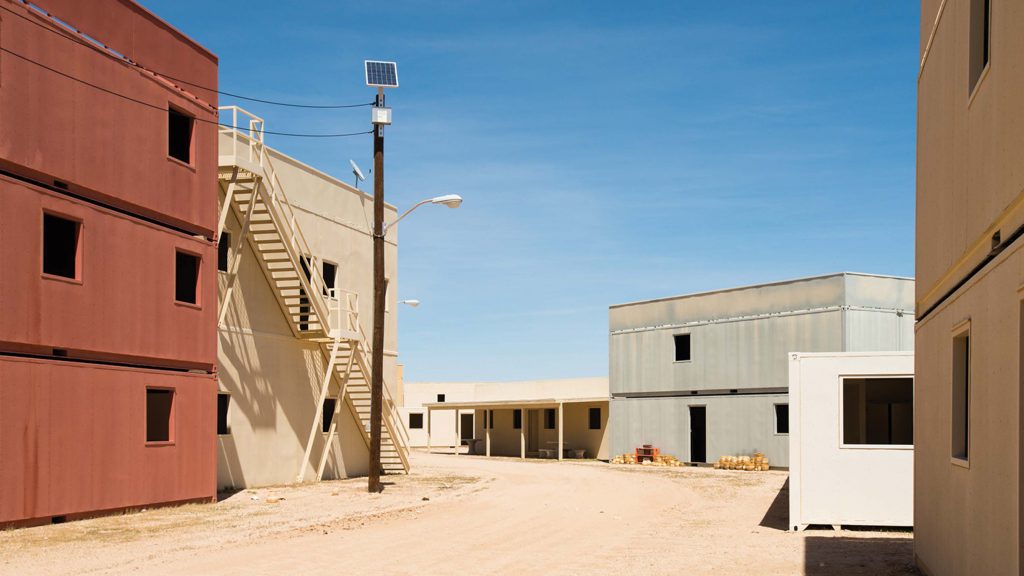 Debi’s work is concerned with political power and its will to be sequestered or represented. She has made several bodies of work such as Welcome to Camp America and now Necessary Fictions (Both Radius Books) that explore our relationship to the image of military industry in the post-9/11 world. Her concerns are about power and diplomacy as well as the image of military might. It would perhaps be best to use a Karl Rove quote to put into context the power dynamics that Cornwall considers in her work…

“Were an empire now and when we act, we create our own reality”

This quote is at once harrowing and philosophically challenging. It asks us to consider the sword of an empire and its ability to create a manifest destiny through expansion and violence. The military apparatus that undergirds empire is swung in wide arcs and often from vantage points or positions unknown. The gears of its apparatus are technical, but also human. 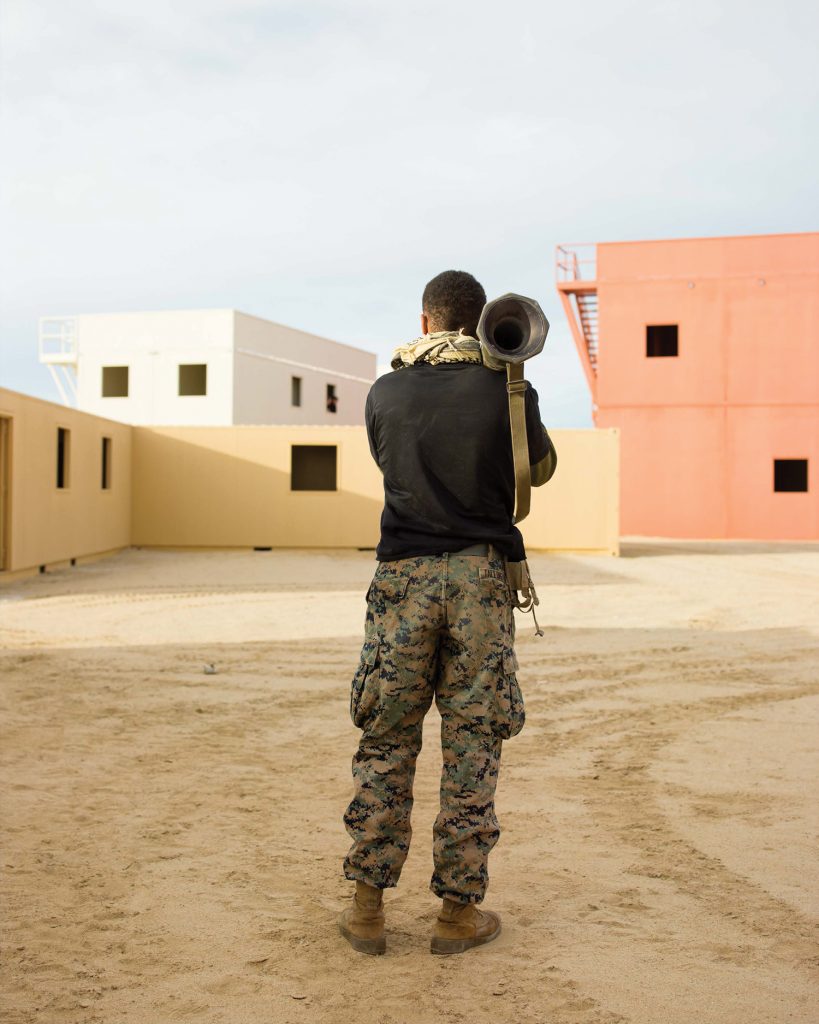 At the core of this lies a overwhelming consideration for how empires express their volume through might. What makes Debi’s work fascinating is her access to military bases and training camps where the human apparatus of the war machine are put to drill. The staged militazised theater is a spectacle unto itself with trauma actors and olfactory death scents present in the mix to make the simulation training as real as possible for the recruits. Many of the actors involved as insurgents or locals are actual natives from the countries that America has military operations in currently such as Afghanistan, Pakistan and Iraq adding a further unsettling layer to the mix given the military training camps are mostly found in the American West and Southwest. 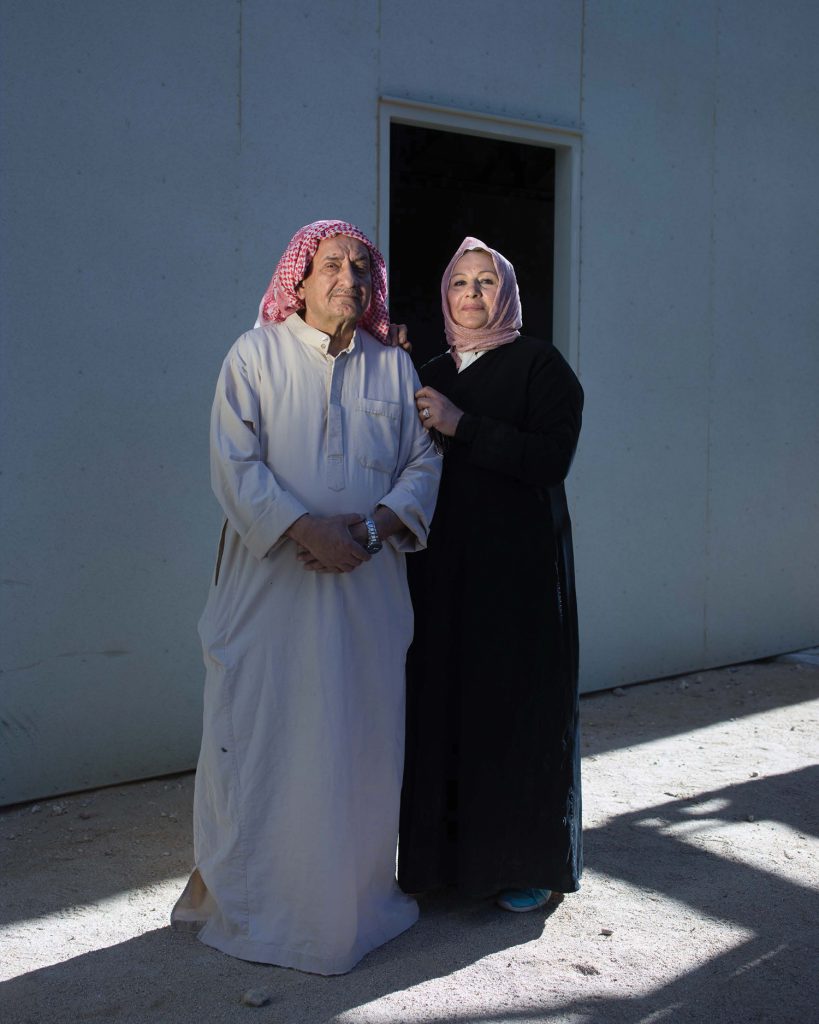 Debi and I spoke about her background and career as a civil rights lawyer. We talked mostly about her work both at Guantanamo and the Necessary Fictions book which Radius was kind enough to send over. The book is an almost unbelievable examination of the concerns listed above. Debi’s work is bold and incredibly methodic and well-conceived. hearing her speak about her experiences in making the work was quite eye-opening. Please tune into this. I look forward to watching Debi’s career develop as new projects unfold. Please also pick up her beautiful books from Radius. 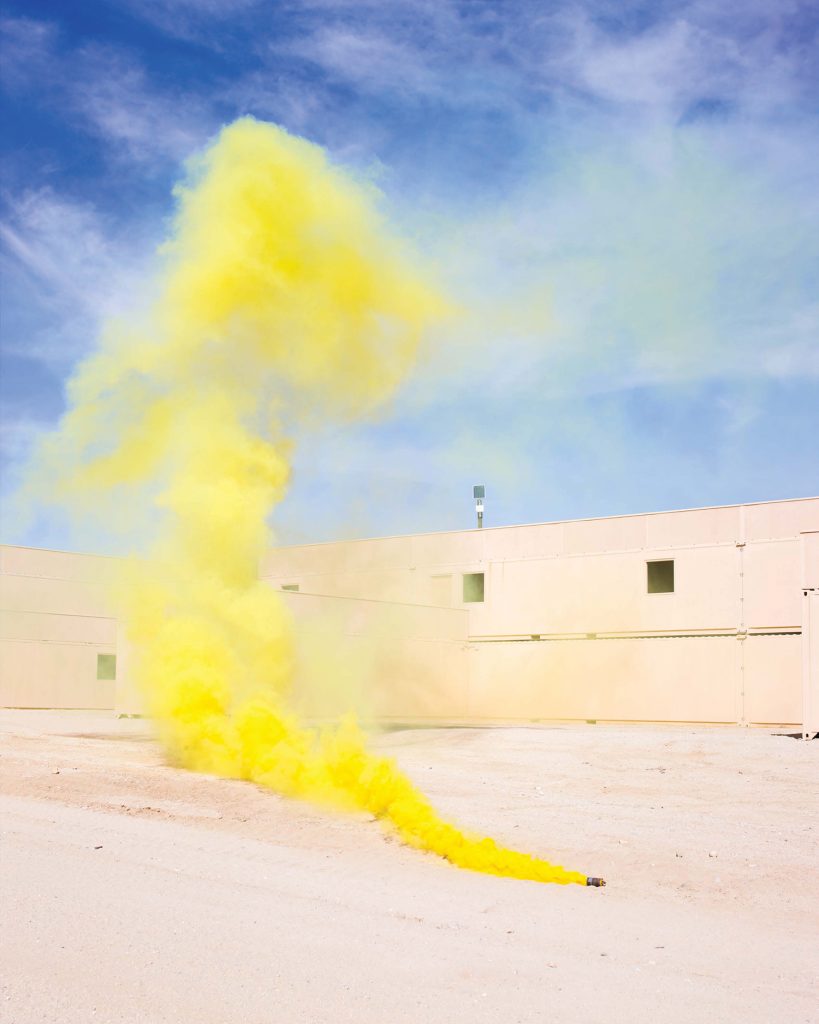