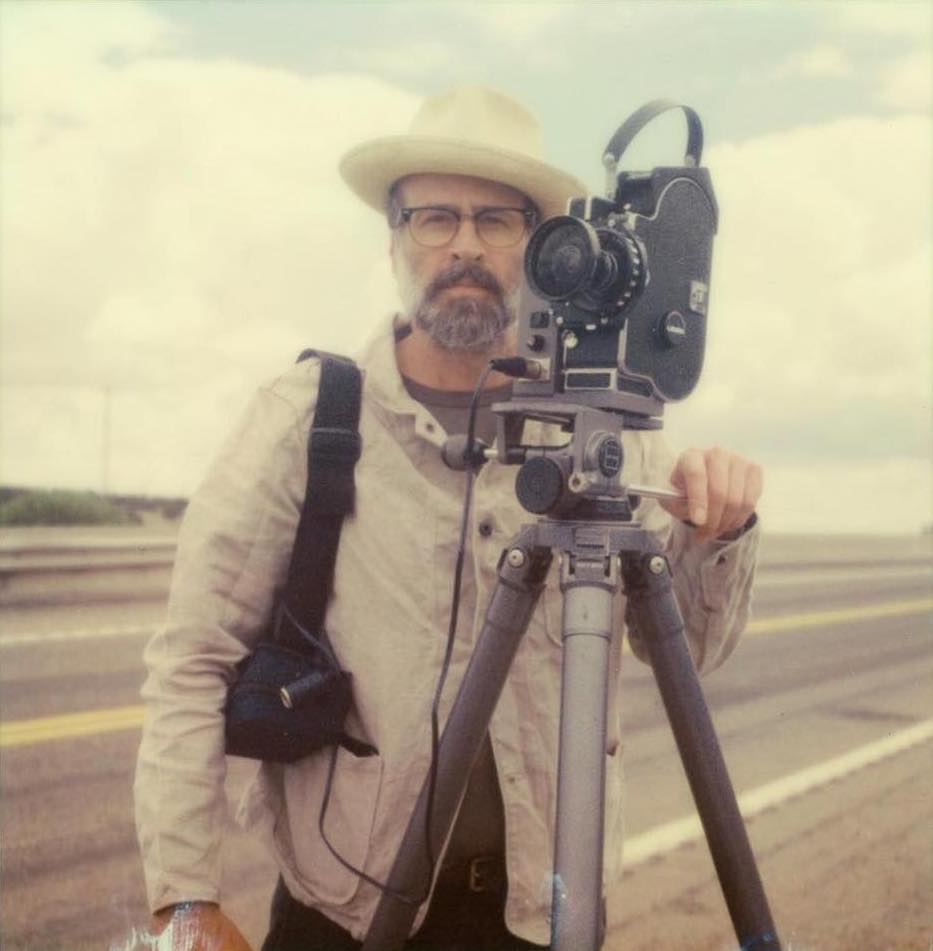 Jason Lee is an American Photographer and actor.

Episode 136: It was a great privilege to geek out with Jason Lee whose book In the Gold Dust Rush published by Stanley/Barker in late 2020.

The book is a beautifully considered look at the American West. Lee’s photographs employ a deep sense of pathos and are a reflection of the land itself as much as a pulse-taking in the tradition of  the New Topographics. We manage to speak a little bit about the influence of Henry Wessel and Robert Adams on Jason as well as my own observations on Lewis Baltz. Though I invoke that particular movement of photography in the conversation, we look more broadly at Jason’s work, which is full of an “americanness”; a sense of observation and mindset about place.

Throughout the conversation, Jason gives great insight into his process and his interest in analogue imagery. One takes away the sense of value in the work through Jason’s enthusiasm and commitment to making photographs. We speak a little bit about how skateboarding and acting formed a discipline in Jason that carries over to making the photographs in the book. We speak about this and the importance of being mobile, getting in the car and driving to make images.

One particular takeaway for me on a personal level was the obsessiveness that Jason and I both share about the medium. Though both of us manage to admit our inability to organize our archives with full gusto, you can hear Jason speaking about the making of photographs with passion and his obsession is infectious. You hear an almost childlike fascination about photography and Jason is 18 years into his career. I point out he that will probably never have to retire from it in episode. That is one of photography’s gifts to its enthusiasts. It is a hobby that for the most part that you do not retire from. It is a way in which to constantly engage with the world and it is a pursuit that is hard to put down. It is like a second skin to sight.

I believe Jason will be a strong voice within our community. He has already managed a few books of which In the Gold Dust Rush is an exemplary title. Everything about the book is considered from the design to the sequence. It shows a deep understanding of how the American West has been and can be represented with images while also maintaining a critical distance between authorship and the representation of place.  I hope you enjoy the conversation. I plan to catch up with Jason in the future and talk about new work and our mutual never-ending satisfaction in making images.

Please note the author thumbnail photograph is by Raymond Molinar who is also a gifted image-maker with a book of Polaroids that you should check out.