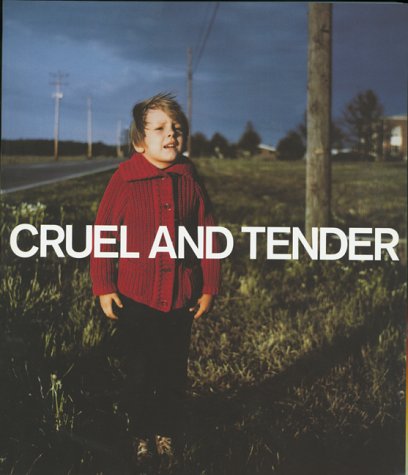 Thomas Weski is a German curator and writer

Episode 235: Thomas Weski joins me for our second conversation. He is a well-known German curator and writer and is currently the director and curator for the Michael Schmidt Archive.

Perhaps there is not as much to say in an index for an exhibition that happened almost 20 years prior and has achieved the legendary status that Cruel and Tender has. The exhibition, apart from being a refreshing look at photography’s relationship to the Real, also saw its position heightened by being Tate’s inaugural exhibition of photography in 2003, which has paved the way for the British institution and its relationship to photography. The exhibition was held in partnership and traveled to the Museum Ludwig in Cologne.

In many ways, Cruel and Tender is one of photography’s landmark exhibitions of the past several decades coupled with Pleasures and Terrors of Domestic Comfort by Peter Galassi at MoMA and perhaps David Campany’s Handful of Dust. The exhibition, in 2003 showcased an interesting trend that also used historic examples of realism from Walker Evans and August Sander forward to then contemporaries Rineke Dijkstra and Martin Parr. The exhibition was considered a success, though you can find some humorous ham-handed criticism of the show by none other than the Guardians own Jonathan Jones. Jones’ take on photography has never been very considered and though I might not go as far as to call him thick on the matter publicly, it is worth reading the review. In it, some of the same struggles that echo in Tate’s slow appreciation of the medium can be found lurking between some of Jones’…prose.

In any event, it is always an honor to find some time with Thomas who has been above all, incredibly kind with his time. It is a real pleasure for me to be able to sit with him and go over his countless contributions to the medium and to talk shop about the current state of affairs. Please tune in.