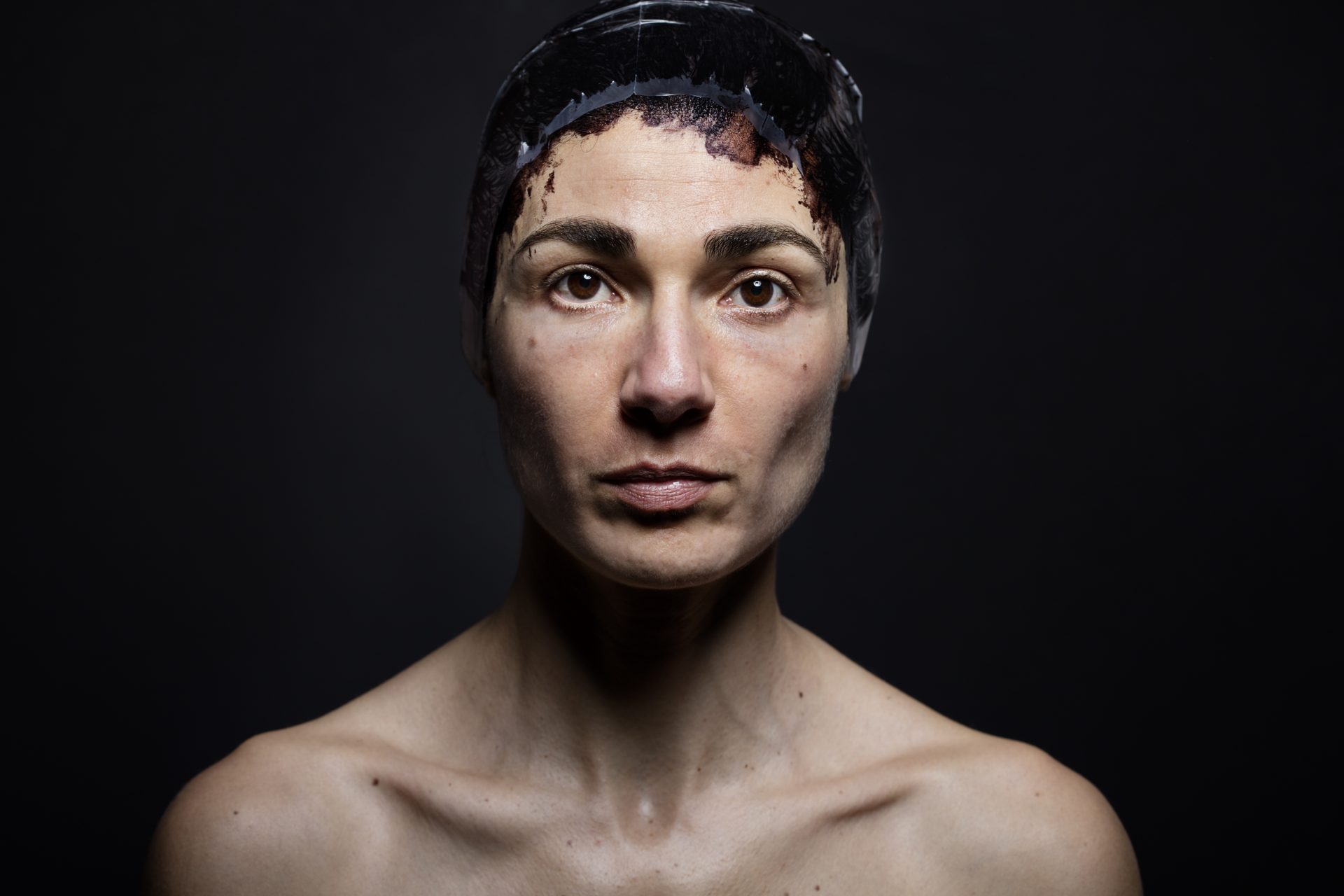 Elinor Carucci is an Israeli-American artist based in New York.

Episode 57: I have followed Elinor Carucci’s career since her book Closer came out in the early 2000s. I remember the sense of urgent intimacy in the book, but also finding Carucci’s way of shooting quite compelling. It’s almost as if an omniscient camera had been recording her relationship with her husband Eran and their extended family. This is before the couple had children and you get the sense of youth sliding into the very real adult world-that special moment on the cusp between setting down frivolity for security. Of course, there is more to the story and with Elinor, you get the sense that this is always the case. 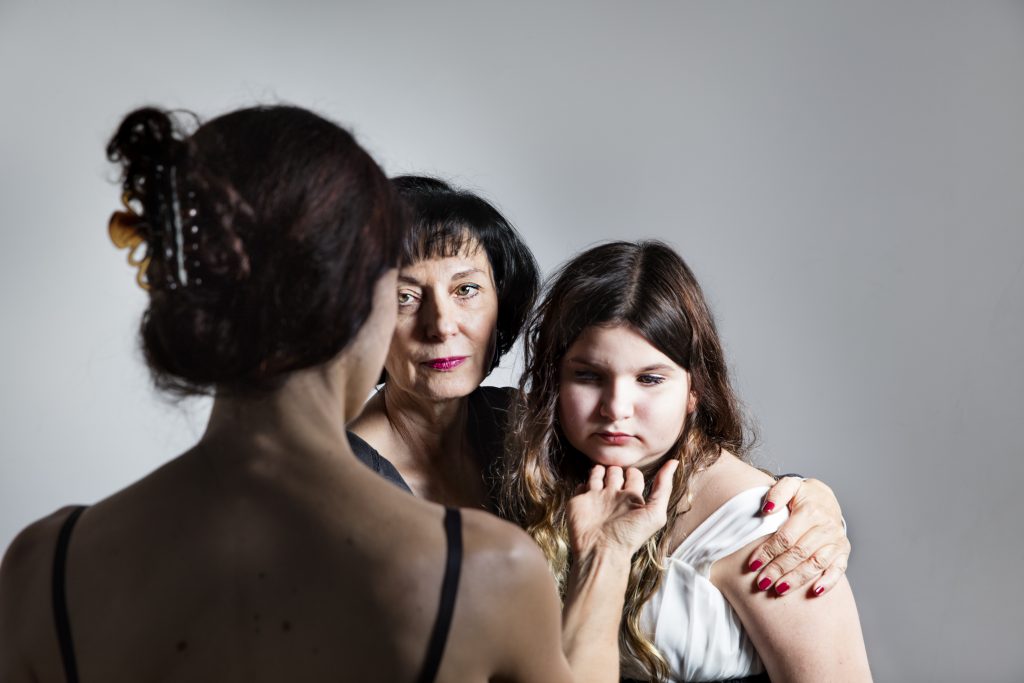 My mother wants me to forgive my daughter, 2016

Her latest book Midlife (The Monacelli Press) continues Carucci’s extremely personal photographs of herself and her family at …well, midlife. The work is still intimate, but there are more players on the stage including her children. Casual faces from the past make an appearance and remind one of the continuum in which we all exist softly dissolving under the weight of all these seconds, minutes and hours. In this, we are consoled not by our youth, but by our relationships to our loved ones. Grandmothers and grandfathers ride the rollercoaster with us taking stock and examining time’s fast unravel. 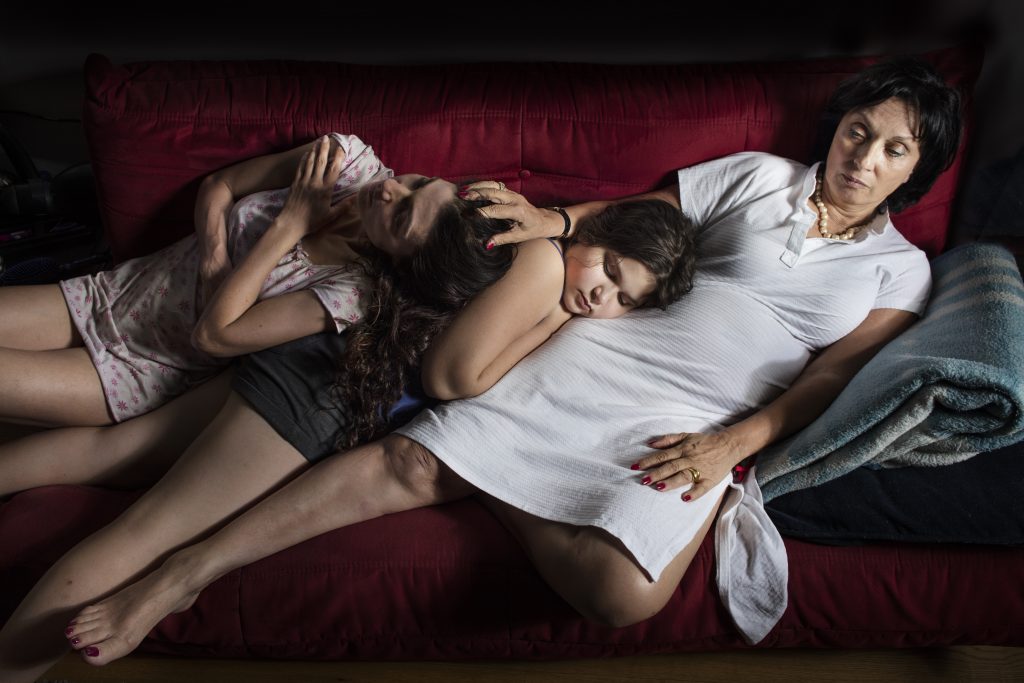 Midlife is focussed on Elinor’s continual documenting of her family. However, the overall emphasis lies somewhere between her relationship to her self and her children more than her relationship to her mother or Eran. The margin walkers-her parents and Eran make appearances and they, as mentioned above, feel familiar and act as guideposts to the dialogue between Elinor, her work and her children. You sense the longing that every parent feels watching their children grow. This longing is the inevitable conclusion of being in short recognizable proximity to “generational time”. This time is something you note less with your parents while you are in the throes of young adult life with all its complications and speed. When you have children, it becomes ever apparent. It is a slide rule and its demarcations are grey hairs, new wrinkles, plans for the inevitable and the hustle of getting the kids to school on time. For women, it is also marked with radical changes and associations to biology. 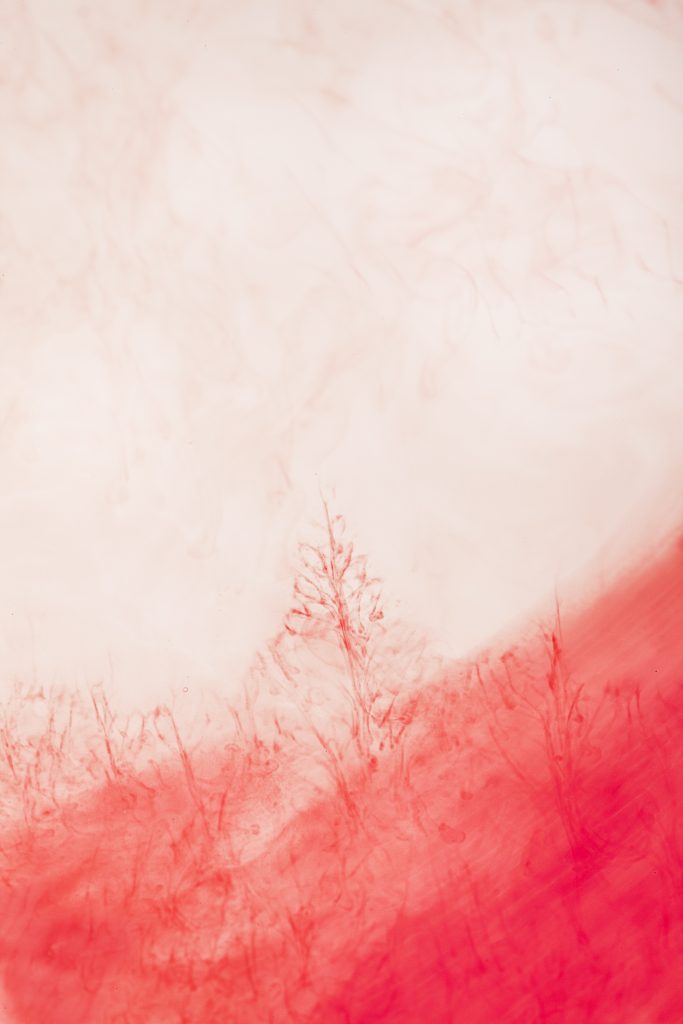 In the episode, Elinor and I speak pretty widely at points about her background and some of the previous bodies of work, but most of the conversation is about life in New York, Midlife and the notes that circulate within the work. Elinor is a brave soul and as with her work, one might expect that she is somewhat of an open book, which she is. We speak about her hysterectomy and the complications of growing older and what it means to observe this condition of midlife, which is oddly great and ominous at the same time. 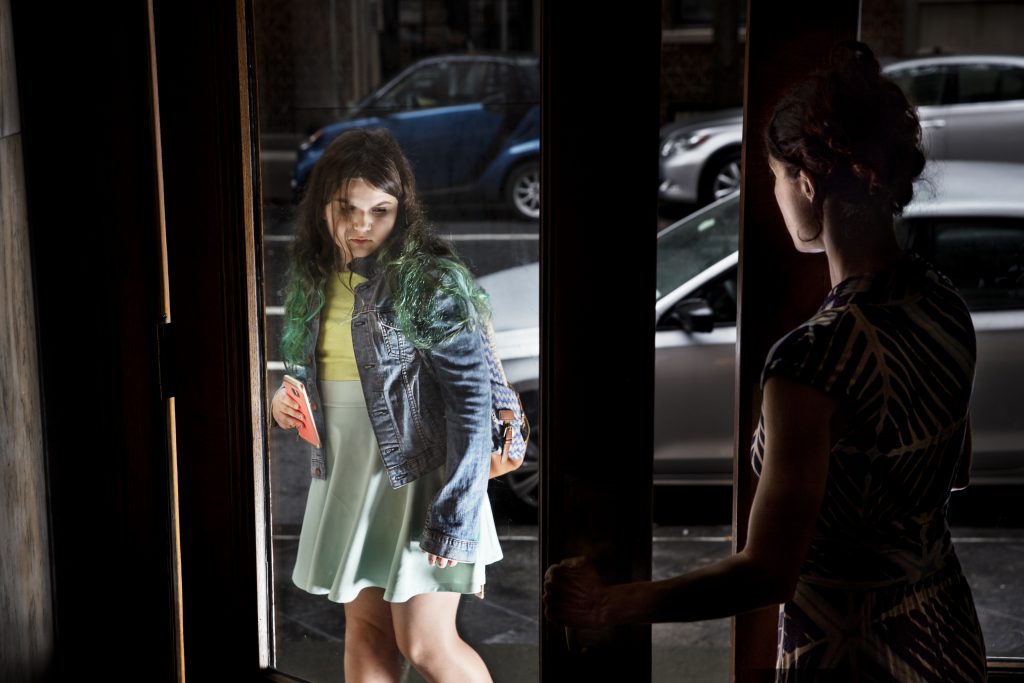 I want to give a thankful shout out to Sasha Wolf for helping me orchestrate the interview. I look forward to checking in with Elinor in the future when were on the other side of the slope walking canes included…